There's a new kid on the #indyref block: Let Wallace Vote (Facebook) (Twitter) - their website isn't up yet / is down / they haven't paid the hosting fees. 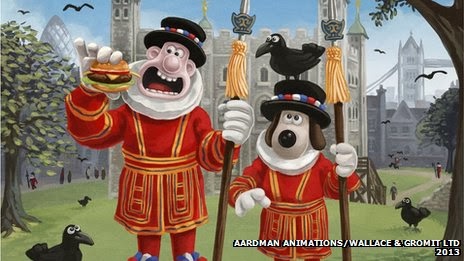 You may guess from the title that I am not supportive of the cause, despite the fact that they have secured an opinion (hopefully preliminary) from a QC whom I hold in the highest esteem that they may have an arguable case. Stemming from London, but with ambitions to recruit expats worldwide, at first I thought they had pulled the name "Wallace" in some melancholic, braveheartian stupor as they sipped the last of the Lagavulin and gave teary renditions of "The Blue Misty Hills of Tiree". However, it appears the Wallace stems from the founder, one Alistair Wallace, a Scots expat in London.

It matters not a jot whether Alistair Wallace and his chums (I count about 4 regular commenters on his Facebook page and a couple more regular Twitterati) are for of against independence, though they appear to be mainly agin it.  What's more relevant is that the referendum campaigns have been running since mid 2012 and these people are so in touch with affairs in the homeland they profess to hold so dear, that it was only in late January 2014 that they made moves to assert their 'rights'.

Alistair Wallace appears to be well connected in the press and has got a lot of coverage for his 'campaign' to raise the £35,000 to bring a case. He appears to be a trainee lawyer, and the argument deployed on the Facebook Page appears to tally with that deployed by a geographically challenged "James" Wallace (from Hong Kong, United States) in an earlier petition to the Scottish Parliament on change.org:

It seems strange to me that someone with more than one personality should object to being given the opportunity to have more than one nationality (should he wish it - no-one will force him to adopt Scottish Nationality).

Alistair / James may or may not make a decent lawyer one day. However, he seems to be one of the growing list of attention seekers determined to use the indyref to raise their personal profile. Who knows? Maybe one day he too can aspire to be a legally trained, third rate comic just like Susan "Death Threats" Calman!

The difference here is that Alistair / James Wallace is trying to con other expats into paying for his bid for attention. I hope that, before they part with any cash, they discover that just as Tiree is far from having Blue Misty Hills; it is, to quote Billy Connolly, "like a bloody billiard table." James / Alistair Wallace's sincerity in fundraising for this Mickey Mouse cause is far from unquestionable.