We Have Lift Off! 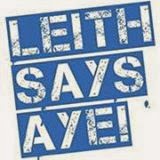 The Yes Campaign achieved Lift Off yesterday evening in Leith.  It was the self-styled Project Fear's worst nightmare: Over a year of unending negativity and scaremongering through a compliant Press and a BBC behaving like a UK version of Pravda to keep the Scottish People disengaged from the debate has failed.

On a fairly dreich night, Yes Edinburgh North & Leith's "Undecided About the Referendum?" event packed the hall. So much so that decided Yes voters volunteered to give up their seats and go home so that undecided voters could hear the speakers. They were left with standing room only in the hall as Nicola Sturgeon, Aamer Anwar, Margo McDonald and local Scottish Green Party Councillor Chas Booth addressed the packed room.

Yes Scotland has always said that once the Scottish People were engaged in the debate, turning a No voter to an Undecided voter then an Undecided voter into a Yes voter would become easier as the arguments speak for themselves. It is only years of unremitting propaganda and the Scottish Cringe that has meant a majority in the polls against independence.  The Scottish People are well and truly engaged in the debate and The Cringe is on the wane. I look forward to sights like this being repeated up and down the country. 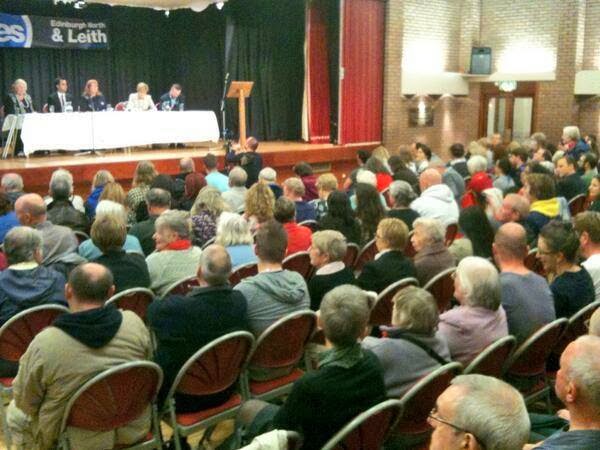 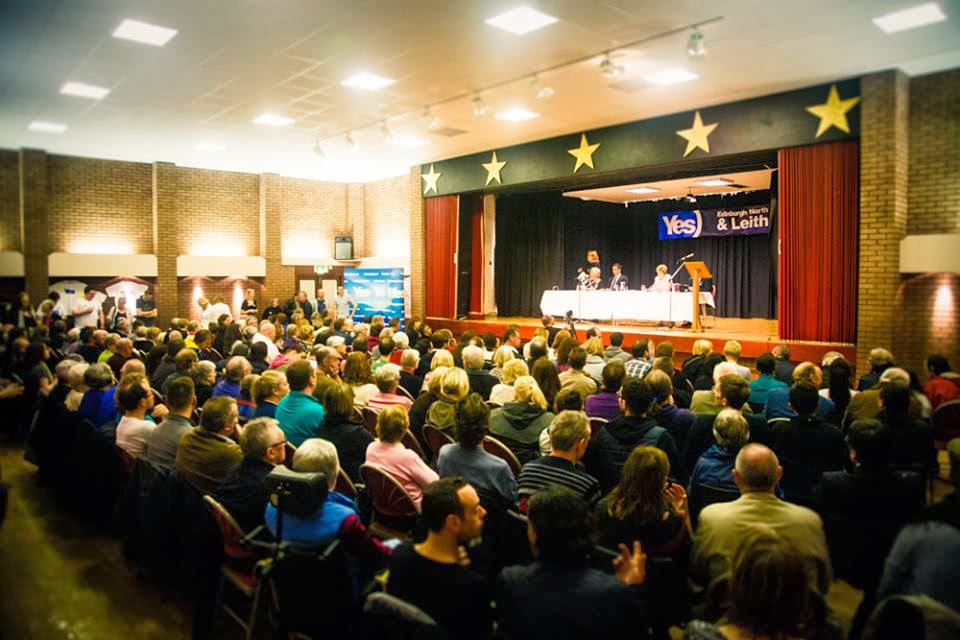